An act of Kindness for Walid Ali #RAKday 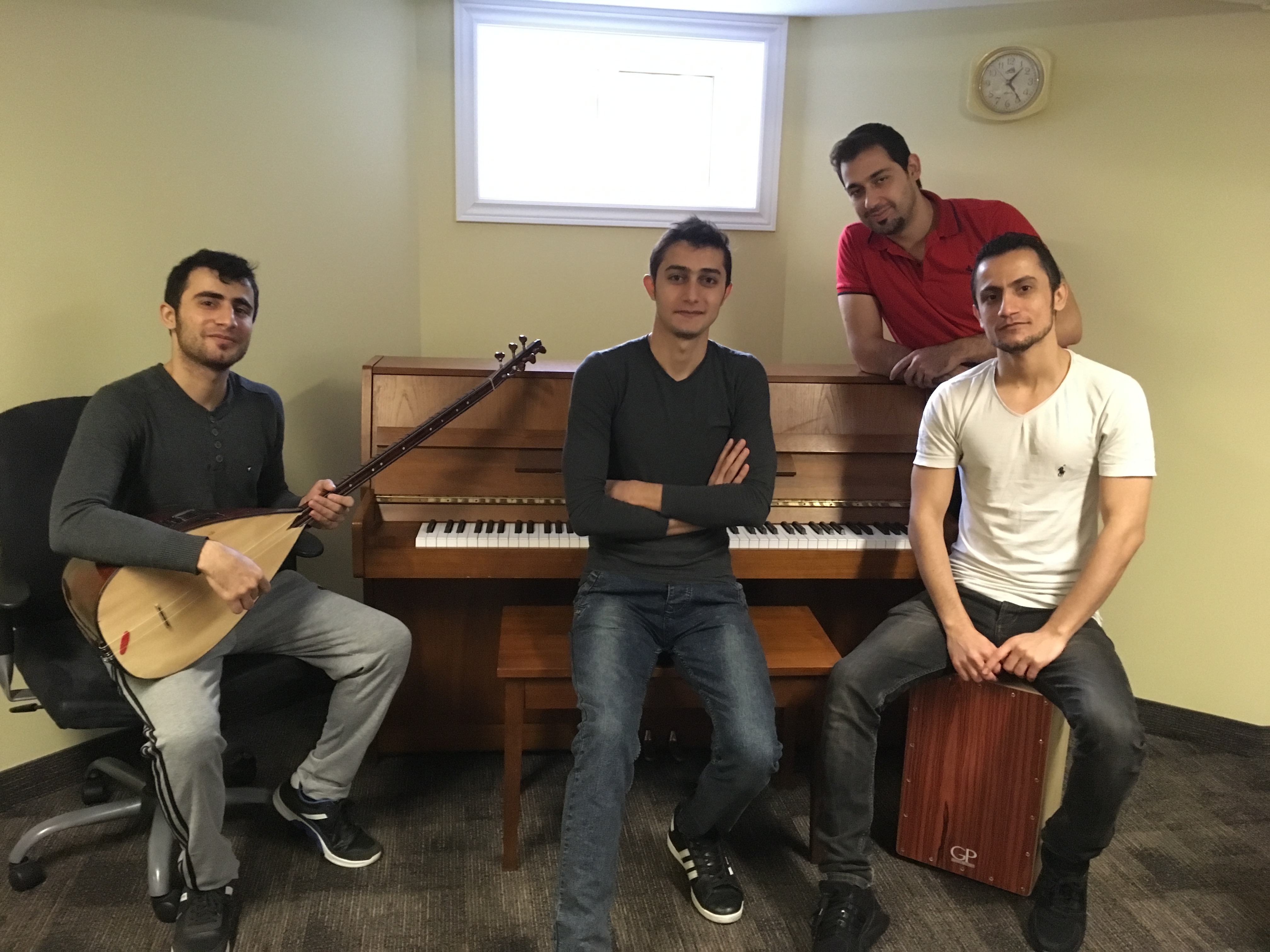 Although Walid Ali (pictured centre) has been in Canada for less than a month, he has found himself at the centre of a random act of kindness.

Walid came to Canada with his 5 brothers, 2 sisters and father in October. Walid’s family had been in transit for 5 years before coming to Canada- a story not uncommon for refugees before being selected for resettlement in Canada.

But before the displacement, before the war broke out in his native Syria, Walid and his brothers played in a band called Arya – named after their tribal roots.

“ We learned this music from our father. Collectively we play tambour,darbuka, zither, drums, organ and piano” the brothers excitedly tell me. “But we had to leave our instruments behind, they were destroyed in the war”.

Walid’s brother’s bought tambours while in transit in Turkey, but for the past five years, Walid had no opportunity to play the piano – the instrument he is most passionate about.

“When Walid arrived at 101 David St. he noticed right away that we have a piano in our orientation room. He asked if he could play it” tells Residence Manager Fran Olmstead. “It’s terribly out of tune and hasn’t been played for years, but I told him, sure!”.

A University of Laurier Music grad herself, Fran noticed his talent and potential right away. When the piano was unavailable because of meetings, Walid would busy himself on the computer, composing music online, finding piano games, doing what he could to re-ignite the musical passion that had lay dormant for so long.

“In Turkey, I did not have time for practice, we had to work to survive” he recalls.

With a few calls to personal contacts, Fran managed to recruit a young piano teacher from the Uptown School of Music in Waterloo who was willing to mentor Walid. “He agreed to teach him for free” beams Fran, recognizing the magnitude of the gift for a newcomer who may not have the connections or disposable income to pursue a passion in the arts here in Canada.

But the act of kindness won’t end there.

“We learned to play from our father, and back home in Syria we passed this on to younger children, we teach each other from generation to generation” say the brothers. Walid’s youngest brother is 8, and slowly but surely, he is picking up melodies from his older brother.

Music has the power to help people bond instantly, to find commonalities across culture and language. For many refugees who have been in survival mode for so long, the luxury of art, music, play and creative exploration is a welcome relief.

Walid and his brothers play a Kurdish Cultural Concert back in Syria.

We encourage you to do something kind to/for or with a newcomer in your community. You may find, they have a lot more to offer in return than you think.